Discussion with Arnaud Henneville-Wedholm, Head of Sales at Swedish Crowddroning company, Globhe, about opportunities for impact and scale in Africa 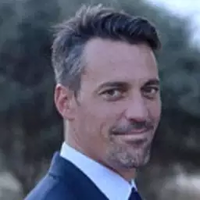 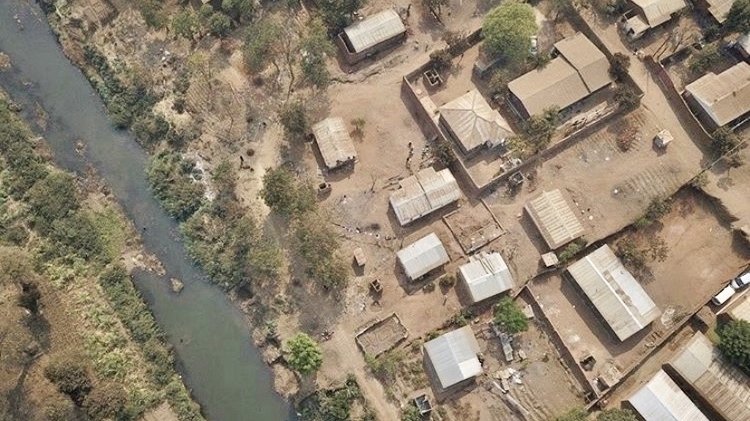 I’m a French, who was born in Cameroon and lived abroad for a few years before returning to Sweden about a year ago. I schooled in France and UK, and after my MBA worked in change management and strategy execution for a management consulting firm that served Fortune 500 companies. I then started my HR tech company. We had a good run, worked with leading organizations across industries, but ultimately, we failed to scale. After over 6 years of hard work, we sold the tech platform.

This ‘failure’ inspired me to write a book – it’s the story of what it takes to run a start-up. It’s the behind-the-scenes narrative – all you need to know. My book, ‘How Hard Can It Be’ is due for release in October this year.

I’ve been in a number of start-ups and scale-ups and am now the head of business development and sales for Globhe, a company founded in 2014 by our charismatic CEO Helena Samsioe, whose work with drones has been featured in BBC, CNN, Fast Company and pretty much everywhere, and has positioned her as a voice in the drone industry.

One way to describe Globhe is that we are the “Uber” of drones. We are a crowdsourcing platform that aggregates certificated drone companies and pilots from around the world and get them work in the industries we focus on. We are a software-as-a-service platform that specializes in providing data on demand for our clients. We call our concept ‘Crowddroning’.

There are several problems in the drone industry, one of the biggest is that it’s a very localized sort of business with obscure procedures on requesting and getting the specific pictures and videos that you need. You have to spend a lot of time trying to find what actor does what and generally there’s a lot of research involved.

Another problem is in placing the orders. It can be quite tricky because typically, drone companies sell themselves on the number of hours they spend on inspections, which leaves the client unsure of what to expect and with the real possibility that issues such as adverse weather could impact the quality of what they receive – or at least be delayed due to external events.

We solve these problems for the client by providing certainty around the outcomes and structuring their payments in terms of megabytes per data and weight. Because, whether you are inspecting an antenna in the telecom industry, scanning a field, a lake, a power line or working on post-disaster relief efforts, you are ultimately just collecting data. And so, our angle is really simple: we sell data on demand through our crowddroning platform and provide our clients with certainty around their final product, the data they actually need to help them make the decisions they need to take. We believe it’s the right way to do it from a client’s perspective because at the end of the day we believe that this guarantees the best value for the client at fairer pricing.

We sell data on demand through our crowddroning platform and provide our clients with certainty around their final product, the data they actually need to help them make the decisions they need to take.

Definitely. We sit in Stockholm, without representation anywhere else but in Stockholm. That said, we have 4000+ registered companies, consultants and pilots of all sorts on our platform which, by the way, have all been vetted by us. We deploy our pilots globally, on-demand.

There are quite a few things going on at the moment. We are focusing on four verticals: water, infrastructure, health and environment. Telecom is a typical area for us. We work globally in this regard and are proud to have signed one of the biggest telecom contracts of any drone company in the history of the drone business, with a world-leading telecoms company, which essentially ensures that we deploy drones on demand whenever and wherever they ask us to do so.

We are currently flying in Angola where we’re inspecting telecom antennas for an asset management project where the end client wants a concrete inventory of what they own, where, and having that data digitized. Basically, creating an online version of what you would find in whatever other country. This is quite interesting because just by scrolling and zooming from anywhere in the world they’ll be able to see the type of equipment and what needs to be ordered or repaired. This is obviously much more efficient for them and provides, as you can imagine, a lot of added value in having those scans available.

We do two types of jobs right now, the first one is purely commercial, where there’s a clear need, be it in forestry, telecom or dams. There’s a lot of dams in Africa to be inspected and to be monitored over time. And then there’s the whole aspect of disaster relief, where our work is environment-based and we work with a lot of actors in the non-profit and governmental sphere, such as the United Nations and the various UN agencies. We’ve been working notably in Malawi with UNICEF on cholera control, to track how the situation is evolving and the parts of the country most prone to outbreaks.

We do the exact same thing with malaria.

We are pioneering, together with the University of Liverpool, top research into predicting the strength of malaria outbreaks in areas based on specific coloration in aspects of the lakes due to the growth of malaria-carrying mosquito eggs on the lakes. So, using detailed imagery, we will be able to anticipate and, ultimately, prevent a forthcoming malaria pandemic. It’s quite fascinating the range of things you are capable of doing with drones, and these are some of the areas we are hoping to help in solving through our partnerships with the UN, UN agencies and universities who are trying to move the needle there.

So, using detailed imagery, we will be able to anticipate and, ultimately, prevent a forthcoming malaria pandemic.

We do not support detrimental practices such as deforestation in places like the Amazon for instance. There are also grey areas, for example, even though we have not worked on oil facilities before, scanning pipelines to prevent human-led disasters could be a noble objective. So, despite not being a non-profit we do our research before taking on projects, in the hope of good outcomes.

We have a global contract and so that might very well happen. We have not received an on-demand request to deploy in conflict zones yet, but it’s possible we could operate in an area like Myanmar.

We’ve worked in areas where the weather could be challenging. We had to abort a mission in Angola the day before because it was pouring heavily. That’s an interesting environment to be active in for sure.

What we’ve learned is that every market has its own challenge. In Africa particularly, drone operations are extremely regulated. Europe just voted and passed drone regulations in December of last year, 2020, so there’s some harmony in drone operations – which is a good thing for the whole industry, naturally.

In Africa on the other hand, it seems to be more country-specific, we never know what we’re going to get. In some of the countries we’ve worked in, we’ve had to deal with the local governments and other actors naturally like civil aviation and the customs, etc. We are fortunate because our model allows us to leverage the existing assets of the companies that are already active in these countries. The companies already have the necessary certificate requirements, authorizations, and all that’s needed is to fly. So, this makes it much easier for us to operate than if we had our own drone fleets going into a country. That would be definitely unscalable.

The clients benefit from the local support and connections that we deploy. So, it tends to be smooth. We would love to have it even smoother, but it’s feasible and it’s working.

We have to double-check the local capabilities because we rely on people’s expertise. For example, scanning a telecom antenna is quite different from flying horizontally and taking pictures in an agricultural location. There’s a specific way of rotating around the antenna and taking an adequate number of pictures so as to be able to stitch them together properly to represent that antenna virtually.

We need to ensure that the pilots are up to speed when it comes to specific knowledge, which they tend to be. For every project, we first select the right candidate for the job based on location, equipment, availability, price point, and so forth. We then onboard to be ready for the project, and then roll out.

So, I would say it’s a bit of a longer lead time than it would take a European or US-based drone consultant that has been doing this for 20 years and has been receiving education in the field.

Often, people locally have learned by doing and over time have become good pilots. But there are very few schools where you can learn to fly and operate drones, which is also something that we want to look into, supporting capability, and building and transferring knowledge on the ground in countries that may need it. So, there’s a big potential for also providing local knowledge exchange, support and transfer. This is beneficial in the short term for our pilots but also long term for the industry, and most importantly it helps bring jobs to countries – jobs that will stay in those countries and accelerate development.

Often, people locally have learned by doing and over time have become good pilots.

Canada in so many ways is very similar to Sweden, we both have loads of forests. We would love the opportunity to discuss with the local actors, both on the drone side as well as potential partners in Canada that could be part of our crowddroning efforts.

So, we are happy to invite as many Canadian friends as possible, to join us on this mission, as clients or partners, in projecting drone capabilities to solve problems in Canada, Africa and around the world. We are looking for opportunities to collaborate and are exploring ways to join forces with Canadian players to scale our solution in the regions that need it.

I look forward to being at your event in July. Thank you, Anthony, for the opportunity and the conversation.

This piece is based on our Conversation with Arnaud Henneville-Wedholm, Head of Business Development and Sales at Globhe. It was edited and summarized for brevity and clarity by Anthony Atigari, Executive Director of Canada Africa Business Forum